READY TO RENOVATE? We can help you NOW! Let's Get Started 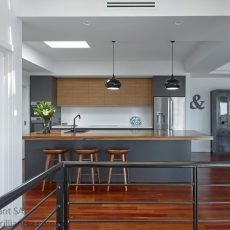 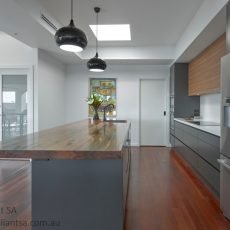 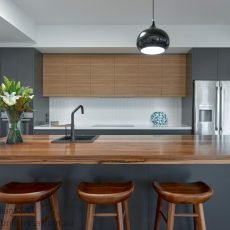 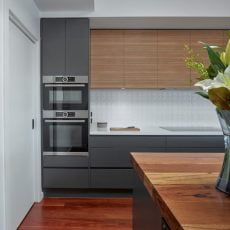 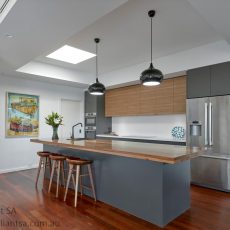 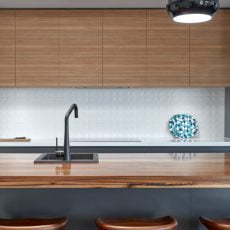 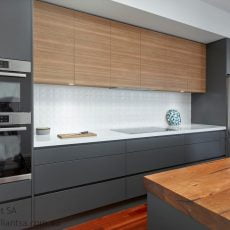 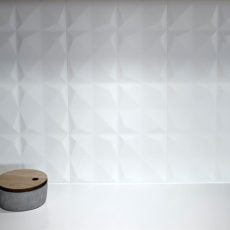 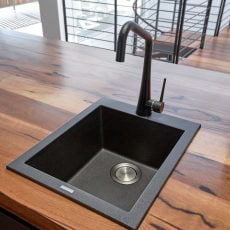 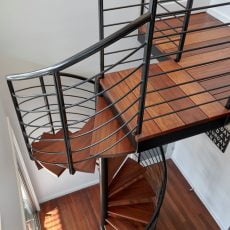 This two story home, a stone’s throw away from the foreshore of Adelaide’s West Beach, transformed into a modern timber treasure. Built in the early 1970’s it was originally four separate units. A renovation in 2001 opened all four units to create one complete home. The current owners, wanted to reconfigure their upper level to create a more social space that suited their love of entertaining.

They’re brief specified an open plan kitchen, lounge and dining with a separate butlers pantry. Effective and subtle climate control and mood lighting were their other initial requests.

To achieve an open plan space, two original walls required removing. Structural integrity is provided via large engineered beams concealed in the roof. Consequently, a lowered ceiling in the scullery houses the air-conditioning unit. As a result, bulkheads around the perimeter of the two rooms conceal the ducting and slimline vents. While a skylight in the coffered ceiling provides additional natural lighting.

First of all, the long kitchen island provides a social focal point and acts as a large breakfast bar. While Marri, a striking timber species from Western Australia, was selected for the benchtop. The imperfections, filled with black fibreglass resin work so harmoniously with the Dulux-Domino coloured cabinetry doors. White reconstituted stone benchtops and textured matt white splashback tiles add extra contrast and texture.

Horizontally laid Byron Blackbutt Timber veneer applied above the splashback softens the surrounding dark cabinetry. Completing the look is a black sink, mixer and pendant lighting to complement the rought iron balcony opposite. Task and mood lighting is also achieved for the client with the use of LED ceiling lights, coffered ceiling LED strip lighting and pendants throughout.

A scullery, otherwise known as a butlers pantry, houses the pantry plus an additional bench and larger sink for washing up. Finishes are predominantly white so that it makes the small space look larger. New Jarrah kitchen and scullery floor boards were raised up and keyed into the existing floor to suit the existing spiral staircase.

Contact Us
Back to Portfolio
Previous
Next
Let's Get Started

Simply fill in the form below to start the process. We'll send you a reply email with further information.